Home Health In Their Own Words … Testimonials – OsteoStrong 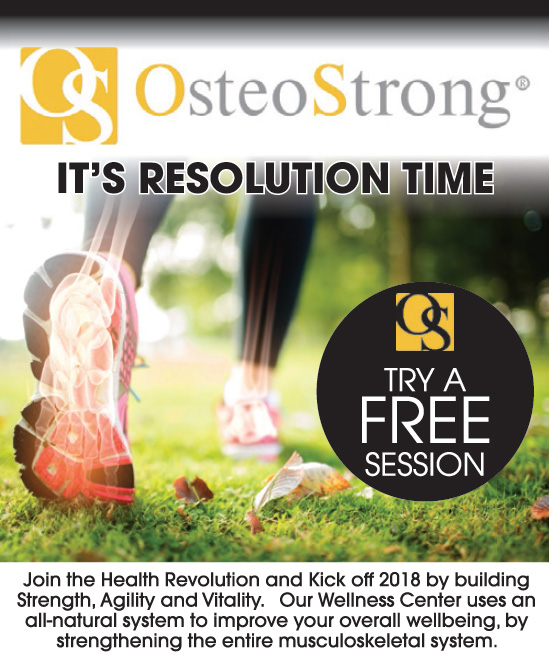 In Their Own Words … Testimonials – OsteoStrong

WWE professional wrestler EC3 began his career in Cleveland 13 years ago and has had more than 1,000 matches and numerous distinctions, including two-time TNA World Heavyweight Champion.

Now, at age 35, he has also racked up his share of injuries along the way.

“A friend recommended OsteoStrong as a new way to heal old injuries,” he says. “This has been a great tool to help me through aches and pains and build strength in joints and ligaments that have been surgically repaired.”

He says the most important benefit from his training lies in injury prevention, which he calls a “secret weapon against the competition.”

EC3’s father, Mike Hutter, was so impressed with the results, he also began training at OsteoStrong.

“The long days on my feet working at my business, Kirtland City Tavern, have taken their toll,” Mike says. “This experience has drastically improved my strength and endurance, and, more importantly, alleviated pain from my knees.”

“A swollen disk and arthritis in my spine were made worse by all the heavy equipment I have to carry. I landed in the ER several times with pain and have seen chiropractors and physical therapists over the years, but nothing helped until I came here,” Dennis says. “After just a couple of sessions, I was feeling so much better and able to do strenuous things like yard work without pain.”

“The osteoarthritis in my knees had gotten so bad, I could barely go up and down stairs,” Marlene states. “A cortisone shot helped a year ago, but the one I had this March wasn’t as effective. I heard about OsteoStrong and decided to give it a try. What a difference. The pain is greatly reduced, and, after just a few sessions, I was running after my three-year-old grandson.”

“I’m a distance runner, in college averaging 100 miles per week. I was wracked with injuries. The last straw was a broken foot I suffered during a 5K, which left me in constant discomfort,” James shares. “After I began here, I could not believe how much better I felt. I lost 30 pounds thanks to the training and a regimen of the Bulletproof Coffee Instamix Creamer. Now I look forward to being active with my wife and 16-month-old son.”

“I suffer from neuropathy and have undergone surgeries to remove the lower part of my right leg and half of my left foot. I went from a wheelchair to a walker to a cane, but I was always worried about my balance,” she says. “In terms of strength, I could not stand up for long enough to put the dishes away from the dishwasher. Now I can do that and more.”

“I started wrestling professionally at age 17. After breaking my collarbone, I realized it was time for a career change. But I was left with pain, especially in my clavicle whenever I slept on it,” Gary explains. “As soon as I started at OsteoStrong, I realized a surge in energy. I feel as though my body has been strengthened from the inside out. Now I have more energy to spend with my two-year-old daughter and wife.”

“Three years ago, my bone scan diagnosed osteopenia and osteoporosis in my hips,” Maryann reveals. “I spent three months on an osteoporosis medication and had terrible side effects, so I stopped taking it. After a few months here, I had another bone scan and there was dramatic improvement. The experience here has made me feel enthused about life again.” 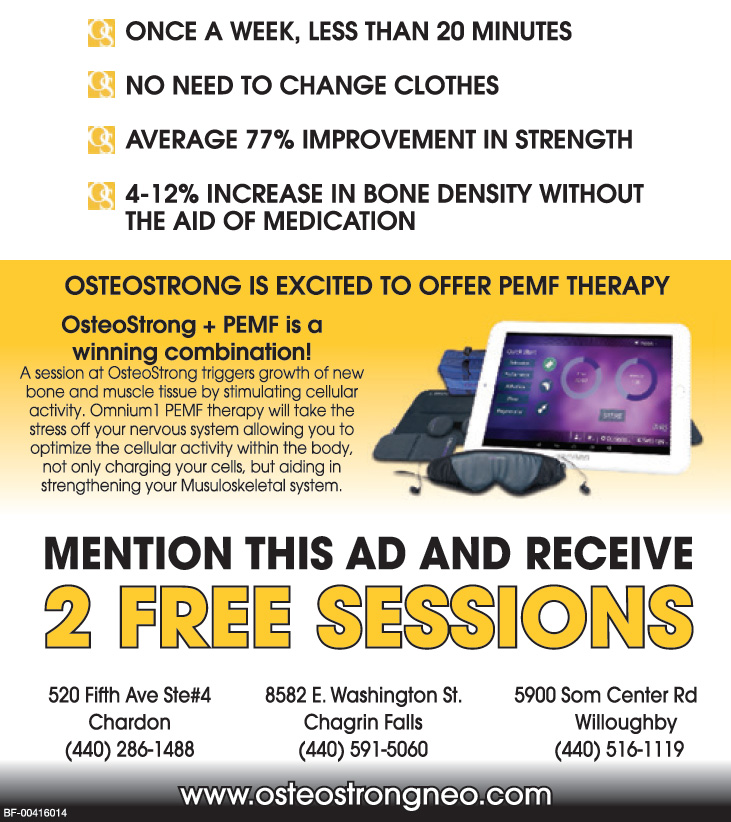